New Yorkers have protection against unwanted robocalls under state law, but texting was not previously defined as telemarketing, exempting it from those protections. This legislation closes that loophole. 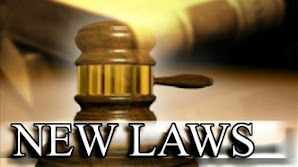 State law originally protected New Yorkers against unwanted robocalls, but text messages were not included under those protections. That stipulation has changed. Now, the definition of “telemarketing” as it pertains to state law also encompasses text messages.

Many New Yorkers saw a rise in unwanted calls and text messages from telemarketers during the pandemic.

A complete copy of the new law can be found here.