Proposed Wilmot Casino and Resort, reported to be a $350 million project, featuring a destination resort casino, hotel, spa, as well as dining and entertainment with 1,200 construction jobs and 1,800 permanent jobs with a $50 million annual payroll, which is proposed to be located in the Town of Tyre, County of Seneca, State of New York (New York State Region 5).

More on the Upstate New York Gaming Act may be found here.
Posted by Steven Getman at 11:04 AM

In 2004, the Town of Ovid enacted a Local Law No. 1 of the Year 2004, commonly referred to as the town’s “land use ordinance.” Rather than relate directly to the physical use of land, the utilization of land or the potential impact of a particular land use on neighboring properties, this local law provides for minimum lot sizes and setbacks for most properties within the town. It establishes a permitting process, to be overseen by the town clerk and it provides that the law will be enforced by an “enforcement officer” and “alternate enforcement officer,” each to be designated by the town board. The law also sets forth penalties for violations and an appeal process, with such appeals to be made to the town board and requiring a public hearing for each appeal.

Further, the Town of Ovid is concerned about uncertainties in the existing New York State tax cap law, including how expenditures mandated by law and expenditures and revenues controlled by the county and state interact with the tax cap, as well as increasing costs, such as unfunded mandates, over which the town’s control is limited. The Town is also concerned about Governor Cuomo’s proposal to implement a two-year freeze on property taxes in school districts and localities that stay within the two percent tax cap. The town board is accountable to prepare a responsible budget, which meets the Town’s obligations while minimizing the tax burden.

The town board is aware that the County of Seneca has adopted the following local laws which are in effect throughout the county and address various concerns related to building permits, land use and building safety:

Seneca County, Local Law No. 2 of the year 2006: “A local law providing for the administration and enforcement of the New York State Uniform Fire Prevention and Building Code and the State Energy Conservation Construction Code in the County of Seneca,” (Amended By Local Law No. 1-2008 & Local Law No. 1-2010);

Seneca County, Local Law No. 3 of the year 2012: “A local law to provide safe, stable, housing for recipients of public assistance within Seneca County;” and

These Seneca County Local Laws provide for administration and enforcement by county officials, through the offices of Seneca County Code Enforcement and Division of Human Services.

Based upon the foregoing, in order to minimize the tax and regulatory burden on town residents, and in light of existing regulations at the county level, it is currently the opinion of the town board that the “land use ordinance” appears to be unnecessary at this time and unduly burdensome on the town’s finances and operations.

Therefore, the town board proposes to repeal this local law while the town board and the town planning board continue its general study and review of new land use laws.

Local Law No. 1, 2004 of the Town of Ovid, commonly referred to as its “land use ordinance” is hereby repealed in its entirety.

The complete text of the proposed local law is available here.
Posted by Steven Getman at 4:13 PM

Portions of New York's "aggravated harassment" struck down as unconstitutional

The state's top court .... struck down a law that's often used against stalkers and domestic abusers.

A significant portion of the second-degree aggravated harassment law, relating to phone calls, emails and other kinds of communication "in a manner likely to cause annoyance or alarm," is invalid under the New York State Court of Appeals ruling that stems from a case against Dead Sea Scrolls enthusiast Raphael Golb.

The judges said they "conclude that (the law) is unconstitutional under both the state and federal Constitutions, and we vacate defendants' convictions on these counts."

They sided with a case brought by Golb's attorney, Ron Kuby, saying: "We agree with defendant that this statute is constitutionally vague and over broad."

The complete decision is here. In it, the New York State Court of Appeals held:

In People v Dietze (75 NY2d 47 [1989]), this Court struck down a similar harassment statute, former Penal Law § 240.25, which prohibited the use of abusive or obscene language with the intent to harass, annoy or alarm another person. We determined that the statute was unconstitutional under both the State and Federal Constitutions, noting that “any proscription of pure speech must be sharply limited to words which, by their utterance alone, inflict injury or tend naturally to evoke immediate violence.”

The reasoning applied in Dietze applies equally to our analysis of Penal Law § 240.30(1)(a). The statute criminalizes, in broad strokes, any communication that has the intent to annoy. Like the harassment statute at issue in Dietze, “no fair reading” of this statute’s “unqualified terms supports or even suggests the constitutionally necessary limitations on its scope.” See also People v Dupont, 107 AD2d 247, 253 [1st Dept 1985] [observing that the statute's vagueness is apparent because "[i]t is not clear what is meant by communication ‘in a manner likely to cause annoyance or alarm’ to another person”]). And, as in Dietze, “we decline to incorporate such limitations into the statute by judicial construction” because that would be “tantamount to wholesale revision of the Legislature’s enactment, rather than prudent judicial construction.”

One columnist has suggested a way to fix the statute to pass constitutional muster, proposing that the law be amended to cover only legitimate threats:

It is time for states like New York to step in and fix their harassment and stalking laws. As the Golb case rightly found, harassment statutes cannot criminalize harassing speech intended to annoy another person. In 2013 Congress amended the federal telecommunications harassment statute to take out overbroad “annoy” language. New York and other states should do the same.

The case is likely to have significant ramifications, both in Family Court and Criminal Court. Anyone accused of violating a harassment statute should contact an attorney to review their legal rights in light of this important decision.
Posted by Steven Getman at 7:24 PM

The New York State Supreme Court has thrown out a petition for a voter referendum on the proposed Seneca Falls town hall.

Ruling on an application from attorney Steven Getman, Acting Supreme Court Justice W. Patrick Falvey held Thursday (May 1) that the referendum petition was in violation of the New York State Election Law and Town Law.

Getman represented Seneca Falls town board member Chad Sanderson. Several weeks ago, Sanderson filed objections to the referendum petition, alleging that the form and content was not in compliance with various legal requirements. These included a failure of the petition to require signers to affirm that their correct residence was next to their names and the failure of the witnesses to the petition to attest that each person who signed it had properly identified themselves to the witness.

Town residents Joyce Brady and Susan Sauvageau had filed the petition. In their response, they argued that the petition had met the technical requirements for a referendum.

However, Falvey held that certain requirements cited by Sanderson were “essential” under the New York State law, to insure that only qualified voters of the Town had signed the petition.

Falvey also questioned Sauvageau on the fact she was a former town board member, whether she had been involved in addressing a prior referendum request and whether that demonstrated she should have been familiar with the requirements for bringing a referendum.

Getman noted that Sanderson had used his own money to fund the legal challenge to the referendum, thereby saving the taxpayers the cost of the special election.

The petitions sought a vote on the town board’s March 18 decision to transfer $2.55 million from the capital reserve fund to the general fund for the construction of the new town hall. The town has been leasing space in the former St. Patrick’s School.

The board held its first public information meeting April 23 on plans for the new municipal building. It is expected to decide in May whether a new building should be on a town-owned parcel of vacant land on Ovid Street or at a privately owned parcel where the now-demolished former Westcott Rule Co. plant stood at the corner of Spring and East Bayard streets.

According to reports, the town’s timetable calls for construction of the building to begin in October.

More on the case here.
Posted by Steven Getman at 2:56 PM 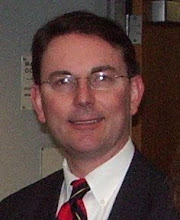