Institute for Advancing Justice on October 26, 2017

In looking to the future of criminal justice reform and the achievements of the last few years, the Charles Koch Institute is hosting “Advancing Justice 2017,” a one-day conference to be held in Washington, DC on Thursday, October 26, 2017.

Advancing Justice will offer attendees the opportunity to learn more about issues critical to the reform agenda – including the opioid crisis, collateral consequences, mens rea, and the future of federal sentencing.

Additional information about the schedule of events and confirmed speakers is available here.

Obituaries reflect devastating opioid crisis, as families tell truth about lost loved ones: Parents who have lost children to drug overdoses use obituaries to share the family's struggle with addiction.
Posted by Steven Getman at 6:47 PM


The Board of Supervisors that make up Seneca County’s governing body met on July 25 to discuss the latest revisions to the plan that will be submitted Sept. 15.

The plan consists of three main efforts for the county and local municipalities to work together to share services. The first idea would be a snow removal agreement between the towns within Seneca County and the County itself....

The second effort is a similar, but covers mowing of County roads instead of plowing...

The final effort of the plan would be to create a rental agreement between the County and Towns for unique county highway department equipment. The cost of owning the equipment is “substantial” according to the draft, but by increasing their usage by renting them out to towns that can’t justify the expense of owning them, the County could save more money and possibly reduce property taxes. This has happened in the past, but by formalizing it the effort can be added to the plan.

Schuyler County has become the latest New York State county to take action against the manufacturers and distributors of opioid pain killers.

Napoli Shkolnik will work with Schuyler County Attorney Steven J. Getman, as special counsel, to bring an action against the manufacturers and distributers of prescription opiates for damages to the County arising out of the fraudulent and negligent marketing and distribution of opiates in and to the County

“Over the past few years, despite its small population, Schuyler County has seen an uptick in opioid and heroin use and overdose,” Getman said. “To date, County officials have expended significant resources to help its residents battle opioid addiction and prevent further deaths. The lawsuit will seek to reimburse the County for its expenses related to the opioid crisis as well as provide the County with financial assistance to continue this battle.”

According to County Administrator Tim O’Hearn, the lawsuit will be filed at no risk to the County, as Napoli Shkolnik will work on contingency basis that will cover all costs associated with the lawsuit.

“By voting to go forward with litigation, the County Legislature hopes to lessen the burden to taxpayers and seeks to hold manufacturers and distributors responsible for their role in the opioid epidemic,” O’Hearn said.

“For many years the manufacturers and distributors of opioid pain medications have earned billions of dollars in profits flooding this Country with opioids” says Napoli Shkolnik attorney Joseph L. Ciaccio, “these lawsuits seek to force those companies to help clean up the devastation caused by these pills.”

“These drug companies have poisoned our communities and polluted our children” says Paul Napoli, of counsel for Napoli Shkolnik. Paul Napoli leads the charge with Hunter Shkolnik against drug companies nationwide.

“The painkiller overdose epidemic is a classic case of putting profits before people,” he said. “Many opioid manufacturers were so intent on selling as much product as possible that they either turned a blind eye towards, or intentionally buried, reports that these drugs were highly addictive and potentially deadly.”

Posted by Steven Getman at 7:10 AM

Resources for Representation of Individuals with Disabilities.

Various resources are available for attorneys representing clients with disabilities from both Disability Rights New York (DRNY) and the Arc's National Center on Criminal Justice and Disability. They include: 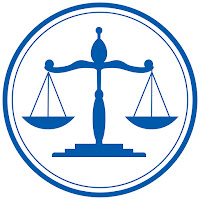 • communication strategies and strategies for clients and witnesses;
• advocacy in securing services from state agencies and providers;
• referrals for evaluators and experts;
• amicus curiae briefs for systemic issues directly impacting people with disabilities; and
• webinars on subjects such as competency of individuals with intellectual and developmental disabilities in the criminal justice system.

In addition, for persons with disabilities who need accommodations to assure accessibility to the courts, the New York State Unified Court System's Accessibility page offers information about making accommodation requests and a list of Americans with Disabilities Act liaisons for each county.

Wal-Mart ordered to show cause in Schuyler County tax dispute

Upon the Notice of Petition and Petition dated July 5, 2016, the Affirmation of Steven J. Getman, dated August 11, 2017, the Exhibits annexed thereto and all proceedings had herein, let the petitioner, Wal-Mart Real Estate Business Trust, show cause at the Schuyler County Courthouse, Watkins Glen, New York, on September 22, 2017 at 3:00 pm or as soon thereafter as the parties can be heard why an order should not be granted, pursuant to 22 NYCRR 202.59 (c), CPLR 408 and other applicable authority:
1. compelling disclosure of material and necessary information;
2. granting an extension of time to complete an audit of the petitioner’s books and records for the tax years under review, for the purpose of substantiating petitioner’s statement of income and expenses;
3. extending the time to complete and exchange the appraisals in this matter;
4. together with such other and further relief as the court may deem just and proper.

Order to Show Cause. Wal-Mart v Town of Dix, County of Schuyler, et al by Steven Getman on Scribd

Posted by Steven Getman at 2:08 PM

Report: The opioid crisis "a fresh hell" for America’s employers

From Work in Progress, a new series exploring what it means to earn a living today:


The misuse of prescription painkillers, heroin and synthetic opioids like fentanyl is, by now, painfully well known. The U.S. tops the world in drug deaths; in 2015, more people died from overdoses — with two thirds involving an opioid — than from car accidents or gun violence.

The epidemic is also having a devastating effect on companies — large and small — and their ability to stay competitive. Managers and owners across the country are at a loss in how to deal with addicted workers and potential workers, calling the issue one of the biggest problems they face. Applicants are increasingly unwilling or unable to pass drug tests; then there are those who pass only to show signs of addiction once employed. Even more confounding: how to respond to employees who have a legitimate prescription for opioids but whose performance slips...


The issue is amplifying labor shortages in industries like trucking, which has had difficulty for the last six years finding qualified workers. It’s also pushing employers to broaden their job searches, recruiting people from greater distances when roles can’t be filled with local workers. At stake is not only safety and productivity within companies — but the need for humans altogether, with some manufacturers claiming opioids force them to automate work faster.


One nonprofit called the misuse of prescription drugs a hidden workplace epidemic.

As the result of the opioid crisis, a number of New York counties, including Seneca, Ononadaga, Broome, Nassau and Erie counties have announced they will sue major pharmaceutical companies, alleging that deceptive and aggressive marketing have fueled the national surge in opioid abuse and harmed the state's residents.

Court rules: New York attorneys must be trained on "Diversity, Inclusion, and Elimination of Bias."

Effective Jan. 1, 2018, the categories of continuing legal education (CLE) for all attorneys required by the New York Courts will expand to include "Diversity, Inclusion and Elimination of Bias." 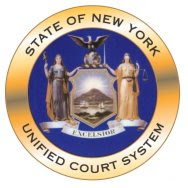 At least one credit hour of the minimum 24 credit hours experienced attorneys are required to complete each biennial reporting cycle will have to be in this new category.
Courses "must relate to the practice of law" and may include "implicit and explicit bias, equal access to justice, serving a diverse population, diversity and inclusion initiatives in the legal profession, and sensitivity to cultural and other differences when interacting with members of the public, judges, jurors, litigants, attorneys and court personnel."
For more on the new initiative, click here.