This morning the Supreme Court [of the United States] ruled on a case regarding rights payments to the toy, the Web Blaster, that lets kids create something akin to Spider-Man’s comic book webbing, and licensed out by Marvel Enterprises. Patented by Stephen Kimble in 1990, the court decided against him.... [T]he opinion of the court’s majority, as expressed by Justice Elena Kagen, was rather creative itself. Cutting and pasting from the court’s conclusion, she did a little quoting of her own.

What we can decide, we can undecide. But stare decisis teaches that we should exercise that authority sparingly. Cf. S. Lee and S. Ditko, Amazing Fantasy No. 15: “Spider- Man,” p. 13 (1962) (“[I]n this world, with great power there must also come—great responsibility”). Finding many reasons for staying the stare decisis course and no “special justification” for departing from it, we decline Kimble’s invitation to overrule Brulotte.

She also quoted the line form the famous cartoon theme song when describing the item in question in that it “does whatever a spider can”.

Nice to see a sense of humor from the nation's high court.
Posted by Steven Getman at 9:54 AM

Notice of Special Joint Meeting: Ovid Town Board and Ovid Town Planning Board

There will be a special joint meeting of the Ovid Town Board and the Ovid Town Planning Board on the 24 day of June 2015 at 7:00 pm at the Ovid Firehouse, 2136 Brown Street, Ovid, New York. 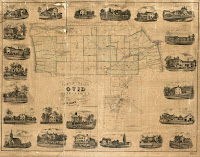 The purpose of the special meeting is to hear oral presentations from finalist candidates in response to the town’s “Request for Proposals, for Professional Consulting Services, Establish/Revise the Town’s Comprehensive Plan.”

Copies of the proposals received are available on the town's website.

On Monday, June 15, the Magna Carta turns 800, and it is worthy of great celebration by freedom-loving people everywhere. This is the document that brought about a fundamental rethinking of the relationship between a king and his subjects. Up until that point, English Kings were the law. They could decide who lived and who died and take whatever they wanted.

The Magna Carta changed all that. It established the idea that there is a law that even kings and governments must obey. There could be no taxation without representation and no arbitrary taking of personal property by the government. In short, the Magna Carta was the starting point for all the "unalienable" rights that we now enjoy and led directly over time to our Declaration of Independence and Bill of Rights. In many ways, it was the cornerstone for the idea that we now describe as freedom.

Posted by Steven Getman at 3:02 PM

Because All Families Matter: Enhancing Parental Defense in New York. 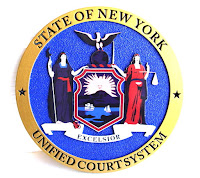 This first of its kind event, offered at the Hilton Albany, will bring together attorneys, social workers, and advocates to exchange information and ideas useful to all providers who represent and assist parents in New York Family Court Article 10 Proceedings.

The three-day event is collaborative partnership between NYSDA, the State Office of Indigent Legal Services, and the New York State Unified Court System Child Welfare Court Improvement Project. It is scheduled to be held November 13-14, 2015.

Posted by Steven Getman at 9:14 AM