May 1 is Law Day: Commitment to the rule of law

This year’s Law Day theme is “Miranda: More than Words.” In 2016, the nation marks the 50th anniversary of perhaps the nation’s best-known U.S. Supreme Court case, Miranda v. Arizona. The Miranda Warning, which was developed in response to this landmark ruling, apprises suspects being interrogated by police of their right to remain silent and their right to legal representation. This year’s theme provides an opportunity to explore our criminal justice system and the importance of procedural fairness and equal justice under the law.

Law Day is an annual commemoration first held in 1957 when the American Bar Association envisioned a special national day to mark our nation’s commitment to the rule of law. The following year, President Dwight D. Eisenhower issued the first Law Day Proclamation. Law Day was made official in 1961 when Congress issued a joint resolution designating May 1 as the official date for celebrating Law Day.

Several area law enforcement agencies will take part in an April 30 prescription drug take-back initiative sponsored by the U.S. Drug Enforcement Administration. All events will be held from 10 a.m. to 2 p.m. that day.

The service is free and anonymous, with no questions asked. The purpose of the national drug take-back is to prevent pill abuse and theft by ridding homes of potentially dangerous expired, unused, and unwanted prescription drugs.

Medications (preferably in original containers with labels intact), ointments and sprays will be accepted. Needles cannot be accepted.

Posted by Steven Getman at 2:43 PM

The New York State Association of Counties (NYSAC) and the District Attorneys Association of the State of New York (DAASNY) have sent a joint letter to state leaders asking them to enact a chapter amendment to the State Budget or separate legislation that will provide state reimbursement to counties for the mandated DA salary increase. 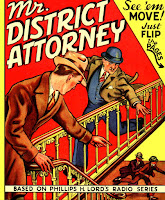 Recently, the NYS Commission on Legislative, Judicial and Executive Compensation voted to recommend an increase in state judge’s salaries in 2016 and 2018. Without objection by the State, the recommendations became law on April 1, 2016.

Of concern to county government is the state law that links District Attorney salaries to judicial salaries. Historically, when the State has adjusted the judicial salaries, it has reimbursed counties for the increase in DA salaries through the State Budget. Unfortunately, the recently enacted state budget does not cover the recent increases.

DAs are entitled to the fair and just compensation pursuant to law for fulfilling the state constitutional and statutory duties related to the enforcement of the State Penal Law. However, any state mandated increase to a local government official’s salary, as a matter of equity and fairness, must be met by the State… While the $1.6 million may seem miniscule in the face of a $150 billion spending plan, it amounts to a significant portion of a county’s allowable tax growth under the state-imposed property tax cap.

It has been reported that the mandate will hit smaller counties especially hard.

Posted by Steven Getman at 5:15 PM

The Schuyler County Coalition on Underage Drinking and Drugs (SCCUDD) will host a community forum in light of Alcohol Awareness Month at 6:30 p.m. on Tuesday (April 19) in the Watkins Glen Elementary School auditorium. 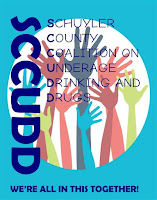 Attendees will hear from county teens and learn about underage drinking consequences, prevention and the legal consequences of providing youth with alcohol. Attendees will also be able to try on impairment awareness goggles to see how alcohol can impair their ability to do simple tasks at the beginning of the forum.

These criteria and procedures are an important step toward the goal of having a uniform and legally acceptable eligibility standard in New York for people who are entitled by law to the assistance of counsel but who are financially unable to obtain counsel.

The criteria and procedures respond to decades of criticism of the state’s failure to have a consistent set of criteria and procedures for determining eligibility for assigned counsel, under which a defendant may be deemed eligible for the appointment of counsel in one county and ineligible in a neighboring county or even in a different court within the same county.

Their effective date is October 3, 2016. During this six-month period, judges and eligibility screeners will receive training in their implementation.

The Schuyler County Sheriff's Office has been receiving numerous reports of residents receiving telephone calls from persons posing as the I.R.S. When questioned, the caller threatens that the Sheriff will be sent to arrest them.

The I.R.S. will not call you. They make contact by letter via the U.S. Postal Service. These calls are scams, and you should never give any personal information over the telephone, regardless of the threats made.

Many times these calls are from foreign countries and routed through computers so that they appear to be made from the United States.

Should you receive one of these calls advise the caller that you are reporting them to Law Enforcement and hang up.

For more tips on avoiding these tax scams, click here.
Posted by Steven Getman at 12:50 PM

In an effort to help avoid these scams, the Attorney General’s Office offers the following tips:

The following suggestions will help consumers file their tax returns safely and keep more of their return:

· If you use a tax-preparation service, use only established and recognizable companies;
· Check the tax preparer's qualifications and history through the Better Business Bureau (bbb.org);
· Ask for a written estimate of all fees; avoid those who base their fees on a percentage of your refund;
· Make sure the tax preparer is accessible, even after the April due date;
· Never sign a blank return;
· Review entire return before signing;
· Make sure the preparer signs the tax form and includes a Preparer Tax Identification Number (PTIN);
· Consult New York's “Consumer Bill of Rights Regarding Tax Preparers.”

Quick Guides on the intersection of child welfare and immigration

As part of the Child Welfare and Immigration Project, attorneys at the ABA's Center on Children and the Law have produced three

Posted by Steven Getman at 6:03 PM