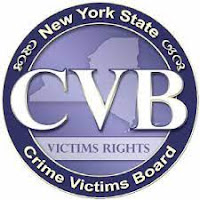 The money is designed to be used by victims to replace stolen, damaged or destroyed property during a crime.

The increased cap applies to any claim filed with the Office of Victim Services on or after October 6, 2022. 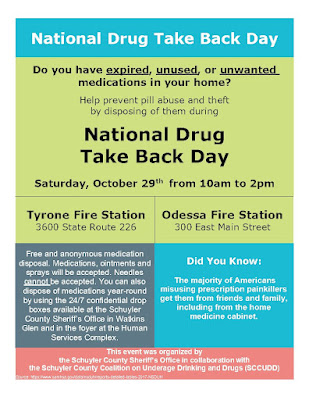 A 2014 survey carried out by the Oulu Deaconess Institute found that hunters and fishers feel that their physical, social and mental well-being is enhanced by spending time outdoors. These activities benefit our economy, provide funding for conservation and wildlife management and directly connect us with life on our planet.

With this in mind, New York State offers free or reduced fee sporting license/privileges for a number of groups, including the following: The requirements vary by category. For senior citizens, 70 years and older who are New York State residents, they are eligible for the following:

• $5 each fishing, hunting and trapping licenses
• Free bowhunting and muzzeloading privileges ($5 base hunting license is required)

In order to qualify, the required documents/proof are:

Eligible Schuyler County seniors can get their reduced-fee licenses at the Schuyler County Clerk’s Office, 105 Ninth Street, Watkins Glen, New York, as well as at several town offices and businesses throughout the county. A complete list of approved locations can be found at the New York State Department of Environmental Conservation website.

Hunting and fishing in Schuyler County and New York State offer a wealth of outdoor recreational opportunities. Purchasing a free or reduced fee license for these activities is an excellent way for seniors to support New York's wildlife management efforts and remain active in our great outdoors.

Posted by Steven Getman at 1:03 AM

Schuyler County is expected to join a host of other counties across New York opposing the state’s new gun laws imposing stringent new requirements for concealed-carry permits and firearm bans on most public and private properties.

On Wednesday (October 5), a committee of the Schuyler County Legislature approved a draft resolution asking the state to repeal the “New York State Conceal Carry Improvement Act” as “an unconstitutional infringement upon the Second Amendment right for law abiding citizens …to bear arms” that is “riddled with cumbersome, confusing, and redundant barriers of compliance” and which “does nothing to deal with the problems of crime and illegal firearms, especially in light of New York State’s ill-considered ‘bail reform’ laws.”

The resolution states that the new rules create “unfunded mandates,” and “potential threats to due process rights.” It also singles out the new rules requiring citizens to divulge their social media accounts as a potential violation of the First Amendment.

The resolution, prepared by Sheriff Kevin Rumsey and County Attorney Steven Getman, is expected to go the full legislature at its monthly meeting on Tuesday (October 11).

The “New York State Conceal Carry Improvement Act,” which went into effect September 1, has led to court challenges from gun owners who say it improperly limits their constitutional rights. The new gun laws have also been subject to criticism by law enforcement groups and legal experts, including the New York State Sheriff’s Association and the President of the New York State Bar Association.

The measure was passed by the state legislature and signed into law by Gov. Kathy Hochul on July 1, mere days after the U.S. Supreme Court invalidated key parts of the state’s prior concealed-carry provisions as a violation of the U.S. Constitution’s Second Amendment. The law was passed in the Senate on a party-line vote, with all 43 Democrats in favor and all 20 Republicans opposed.

Under the new law, applicants for a concealed-carry permit will have to complete 16 hours of classroom training and two hours of live-fire exercises and provide their social media accounts for review by law enforcement officials.

Additionally, even with a permit, ordinary citizens are prohibited from bringing guns to schools, churches, subways, theaters and parks, among other places deemed “sensitive” by the state. The list of prohibited spaces for carrying guns has drawn criticism from gun owners who say it is so extensive it will make it almost impossible for people to carry firearms outside the home without committing a felony.

Asked in June if there were any public places where carrying a firearm will still be allowed, Hochul said, “Probably some streets.”

Lawsuits challenging the new law have already appeared, including a complaint filed in the Northern District of New York alleging that “exorbitant fees, [a] slew of non-sensitive ‘sensitive locations’ and ‘restricted locations’ which include very public places (like parks and sidewalks), and incredulous demands for carry license applicants, all are entirely without historical example, and thus violate the Second Amendment.” The complaint also makes a First Amendment challenge to the social media submissions, arguing that New York is attempting to “use protected First Amendment activity to deny the exercise of another right.”

A complete copy of Schuyler County’s resolution can be found here.