The New York State Office of Indigent Legal Services (OILS) is seeking the views and experiences of public defense providers, litigants, judges, county officials, and others, related to criteria and procedures for determining whether someone qualifies for assigned counsel in family law matters.

Four hearings have been announced:

Hearings will be held from 1:00 to 4:00 p.m. Requests to testify must be received at least fourteen days before the scheduled hearing. For information on applying to testify in person and/or submitting written testimony, click here.

Schuyler County’s annual property tax auction is scheduled for Friday, June 28.   However, county officials are giving foreclosed property owners one last chance to avoid the loss of their land.

On Monday (May 13), the Schuyler County Legislature voted to allow former owners who lost their properties in this year’s foreclosure to submit offers to County Treasurer Holley Sokolowski to buy back the land.  If accepted, County Attorney Steven Getman is authorized to prepare a deed to the former owner, returning the property.

The offer must be accompanied by payment of “the full amount of taxes, penalties, interest and other county expenses involved with the property,” the legislature held.
Offers can be accepted up to two weeks prior to the auction, or June 14, Sokolowski said.

“After the deadline, any remaining properties will be sold to the highest bidder at the county’s tax auction,” she explained.

Prior to the deadline, the county provides written notice of the opportunity to the former owners, Getman noted.

“The notice reminds them of the foreclosure and provides options to avoid the sale,” Getman said. “Notices are sent by mail and, in addition, copies of the court’s foreclosure judgment are served on the properties by the sheriff’s department.”

The foreclosure order transferring ownership of each property to Schuyler County was entered by County Court Judge Dennis Morris on March 29, Getman said.

The May 13 resolution is the latest step in the county’s efforts to collect overdue taxes while keeping people in their homes, Sokolowski said.

According to Sokolowski, each November, the county mails out Foreclosure Notices and Petitions to properties with back tax liens from the prior year.  Those notices go out by both regular and certified mail to property owners, mortgage holders and others with identified interests in the delinquent properties.  The notice warns that failure to pay the back taxes can result in a court order foreclosing on the property.

The county also publishes a list of the delinquent taxes in two local newspapers and, in certain cases, posts warnings on the properties that they could be sold for back taxes, she noted.

In addition, though not required by law, in February, Sokolowski and Getman sent letters, with handwritten notes on the envelopes, to property owners who still had not paid their back taxes, in an effort to prevent foreclosure.

“That cut the delinquent list by more than half,” Sokolowski said. “A lot of people came in and paid when they got the letters.”

Only after each of those steps occurs, Getman explained, does the court enter a judgment foreclosing on the property.

“Under the law, after the foreclosure order, the county conducts a tax auction in order to satisfy delinquent property taxes,” Getman said.  “At the auction, the successful bidder must pay the taxes due together with any other lawful charges and fees and is given a quitclaim deed to the property.”

The properties to be auctioned will be posted on the county's website as well as in a binder in the treasurer's office, Sokolowski said.

As County Treasurer, Sokolowski is the chief fiscal officer of county government and enforcement officer for unpaid property tax liens.

As County Attorney, Getman is the chief legal advisor for county government and responsible for the prosecution and defense of civil actions brought by and against the county, including tax matters.

The current chair of the Schuyler County Legislature is Dennis Fagan.   The resolution to allow the buy-back was introduced by the county’s “Management and Finance” committee, chaired by legislator Phil Barnes. The resolution passed unanimously among the members present.

For more details on the buyback program, the tax auction and other aspects of the foreclosure process, interested persons can contact the county treasurer (607-535-8181) or visit the county’s website (https://www.schuylercounty.us).

A gun dealer from Ohio who sold a firearm that was later trafficked into New York and used illegally in a shooting cannot be sued in state court by the victim of that crime, the New York State Court of Appeals ruled May 9. 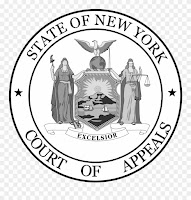 The court held that Charles Brown, an Ohio gun dealer, couldn’t face the litigation in New York court because he sold the gun in Ohio and had no control over where it would end up after the sale, even if the buyer alluded that he may bring it to New York.

“Despite (the buyer’s) stated aspiration to open a gun shop in Buffalo, the record is devoid of evidence supporting plaintiffs’ theory that, merely by selling handguns to (the buyer) Brown intended to serve the New York market,” the court ruled.

Brown, in this case, was not part of a scheme to traffic guns into New York, the court held. The judges said there was no way for him to know what would happen to the firearms after they were sold so he did not purposefully enter into the New York market at the time.

Brown's attorney said that "the case's main significance was that this was the lawful sale of a lawful product."

New York State lawmakers have expanded eligibility for the Shock incarceration program to include persons convicted of certain forms of second-degree burglary and second-degree robbery. 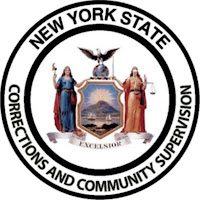 A person becomes eligible for Shock when he or she is within 3 years of parole or conditional release, and eligibility is determined on a rolling basis (i.e., the initial sentence can be longer than 3 years).

The changes apply to judicial Shock orders (where the sentencing judge expressly directs that the defendant be enrolled in Shock) and discretionary Shock placement (where the Department of Corrections selects for participation). Judicial Shock orders are otherwise available only for drug and marijuana offenses.

These changes go into effect on May 12, 2019 and do not depend on the date of the offense.