Victims of domestic violence, stalking, sexual assault, and human trafficking now have another tool to help keep themselves safe from their perpetrators: The New York State Department of State has announced a new online application portal for the Address Confidentiality Program.

The new online application is designed to provide swift and secure enrollment into the program for individuals who could previously only apply through the mail or by fax. 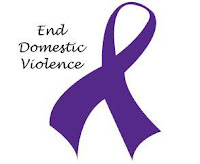 In effect since November 1, 2019, the Address Confidentiality Program (ACP) "is a cost-free State program that allows victims of domestic violence to shield their actual address."

According to the Department of State:

Participants are assigned a substitute address which they will use for receipt of all first-class, registered and certified mail. The Secretary of State will also accept service of process on behalf of ACP participants. Participants' mail will then be re-packaged and mailed to their actual or mailing addresses. This program is one facet of an overall safety plan for victims of domestic violence. The ACP program is not a witness protection plan.

Participants in the ACP have designated the Secretary of State to accept any legal notices (process) on their behalf. The Secretary of State’s office will not reveal any identifying information to the process server. We will only verify whether the person being served is an ACP participant. A copy of any process will be mailed to the participant’s actual or mailing address via certified mail.

Any first class, registered or certified mail sent to the substitute address will be re-packaged and forwarded to the participant’s actual or mailing address. This is done on a daily basis, Monday through Friday (except holidays). Participants should expect a five to seven day delay in receiving their mail. ACP will not forward packages, periodicals and catalogs, unless clearly identifiable as pharmaceuticals (prescription drugs) or they were sent by a government agency.

Watkins Glen, NY (November 16, 2020)—A New York State Supreme Court Judge has thrown out the lawsuit filed by Democratic candidate  for NYS Senate Leslie Danks Burke against the Schuyler County Board of Elections.

In court on Monday, (November 16) Justice Christopher Baker agreed with the motion to dismiss filed by Schuyler County Attorney Steven Getman on behalf of the Board of Elections and dismissed the case in its entirety.  According to the motion papers, Danks Burke did not follow New York law to obtain jurisdiction over the Board.

The motion papers also stated that further proceedings, if any, would have shown the election count was done in accordance with New York State law and was decided on unanimous agreement of both election commissioners: Republican Joseph Fazzary and Democrat Carolyn Elkins.  Both commissioners had submitted an affidavit to the court asking that the case be thrown out.

A complete copy of Schuyler County’s motion to dismiss can be found here.

Danks Burke has approximately thirty days to attempt to appeal the dismissal to the New York State Appellate Division of Supreme Court in Albany.

Posted by Steven Getman at 1:50 AM

Watkins Glen (November 13, 2020)--The Schuyler County Board of Elections has filed a motion to dismiss the lawsuit filed by Democratic candidate for NYS Senate Leslie Danks Burke.

The motion was filed by Schuyler County Attorney Steven Getman on behalf of the Board of Elections. According to the court papers, Danks Burke did not follow New York law to obtain jurisdiction and the lawsuit must be dismissed.

The motion papers also state that further proceedings would allege the election count was done in accordance with New York law and was decided on unanimous agreement of both election commissioners: Republican Joseph Fazzary and Democrat Carolyn Elkins.

Danks Burke, in statements to the press, had singled out Fazzary for her complaint.

The case is currently scheduled to be heard in Schuyler County Supreme Court on Monday (November 16), with NYS Justice Christopher Baker presiding.

“Schuyler County is committed to full, fair and open elections,” Getman said. “Both our election commissioners, Republican and Democrat, work tirelessly to ensure that all proceedings are open and transparent.”

A complete copy of Schuyler County’s motion to dismiss can be found here.

Posted by Steven Getman at 1:30 AM

Schuyler County Tax Foreclosure, Index No. 19-145, Notice of Petition and Petition in Foreclosure

Please take notice that on the 2nd day of November, 2020, the Treasurer, County of Schuyler (the “Enforcing Officer”) of the County of Schuyler (the “Tax District”), pursuant to law filed with the Clerk of Schuyler County a petition of foreclosure against various parcels of real property for unpaid taxes. Such petition pertains to the following parcels: [see exhibits A, B and C, annexed hereto and made a part hereof]

1. Effect of Filing: All persons having or claiming to have an interest in the real property described in such petition are hereby notified that the filing of such petition constitutes the commencement by the Tax District of a proceeding in the court specified in the caption above to foreclose each of the tax liens therein described by a foreclosure proceeding in rem.

2. Nature of Proceeding: Such proceeding is brought against the real property only and is to foreclose the tax liens described in such petition. No personal judgment will be entered herein for such taxes or other legal charges or any part thereof.

3. Persons Affected: This notice is directed to all persons owning or having or claiming to have an interest in the real property described in such petition. Such persons are hereby notified further that a duplicate of such petition has been filed in the office of the Enforcing Officer of the Tax District and will remain open for public inspection up to and including the date specified below as the last day for redemption.

4. Right of Redemption: Any person having or claiming to have an interest in any such real property and the legal right thereto may on or before said date redeem the same by paying the amount of all such unpaid tax liens thereon, including all interest and penalties and other legal charges which are included in the lien against such real property, computed to and including the date of redemption. Such payments shall be made to: Holley Sokolowski, Treasurer, County of Schuyler, 105 Ninth St, Unit 17, Watkins Glen, NY 14891.  In the event that such taxes are paid by a person other than the record owner of such real property, the person so paying shall be entitled to have the tax liens affected thereby satisfied of record.

5. Last Day for Redemption: The last day for redemption is hereby fixed as February 26, 2021.

6. Service of Answer: Every person having any right, title or interest in or lien upon any parcel of real property described in such petition may serve a duly verified answer upon the attorney for the Tax District setting forth in detail the nature and amount of his or her interest and any defense or objection to the foreclosure. Such answer must be filed in the office of the County Clerk and served upon the attorney for the Tax District on or before the date above mentioned as the last day for redemption.

7. Failure to Redeem or Answer: In the event of failure to redeem or answer by any person having the right to redeem or answer, such person shall be forever barred and foreclosed of all his or her right, title and interest and equity of redemption in and to the parcel described in such petition and a judgment in foreclosure may be taken by default.

Notice and Petition of Fore... by Steven Getman

Posted by Steven Getman at 1:45 AM 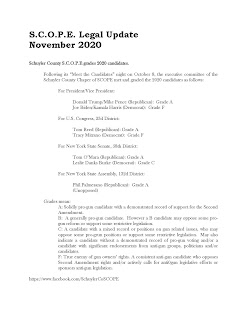 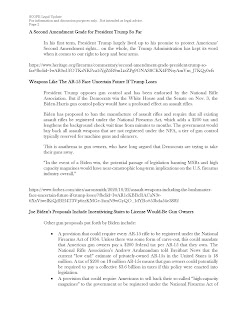 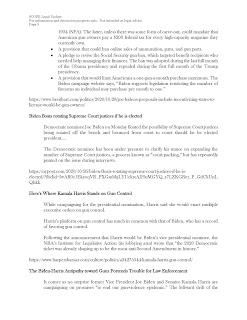 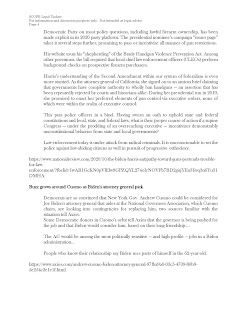 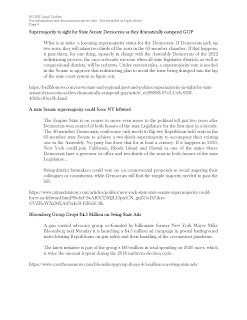 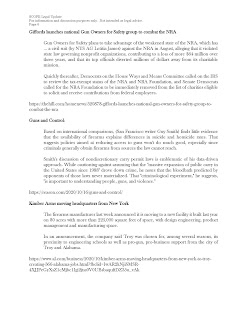 If you have not already done so, get out and vote. 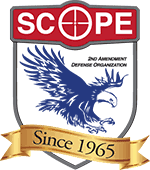