Through this legal action, the New York State Bar Association is seeking a pay rate of $158 per hour retroactive to Feb. 2, 2022 in the 57 counties outside of New York City for what is commonly referred to as 18-B lawyers. Pay has remained at $60 per hour for misdemeanors and $75 for felonies since 2004. By comparison, assigned counsel rates in the federal courts in New York in those same years have been raised 14 times to the current rate of $158 per hour. 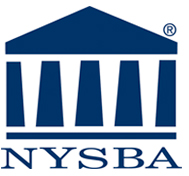 “The New York State Bar Association has long supported sufficient pay for assigned counsel,” said Sherry Levin Wallach, president of the association. “Failing to provide adequate compensation for representation to children and indigent adults is a flagrant violation of the U.S. and New York State constitutions.”

“Rates have only been increased once in 35 years, which is a travesty. While we welcome the higher rates in New York City as a result of Justice Headley’s decision, it should be applied statewide. There is now a significant discrepancy in pay across the state for assigned counsel resulting in attorneys not being able to accept court appointed assignments. Ultimately, it is the clients — children and indigent adults — who suffer because their constitutional rights are not being protected,” she said.

The failure to raise rates in 18 years has led to fewer attorneys who are willing to take on the cases. Those who remain are overburdened and don’t have sufficient time to devote to each case.

A copy of the complaint is available here.