Albany, New York--Schuyler and Chemung Counties have again prevailed in their five-years-long court battle against an adjoining landowner regarding the counties’ use of the Terry Hill Emergency Tower site (and right of way), owned by Schuyler County,  near Beardsley Hollow Road in Chemung County.

On Thursday (December 5) the New York State Supreme CourtAppellate Division upheld the prior judgment affirming Schuyler and ChemungCounty’s continued right to use the site and related easement for emergencyradio and voice communications.

According to court records, both counties had used the site for radio and voice communication for over fifty years. In 2012, the two counties began to update and replace the emergency communications tower at the site.  Hetrick objected to the upgrade, arguing that it violated a restrictive covenant related to his land.  In October 2014, the counties sought a declaratory judgment from Chemung County Supreme Court.  The counties maintained that the use of the property was proper and necessary for public safety.  Hetrick filed a counterclaim thereafter.  In March 2018, Supreme Court Justice Judith O’Shea ruled in the counties’ favor.  O’Shea held that the new tower and equipment were consistent with the deed language, as was continued cooperation between Schuyler and Chemung counties. 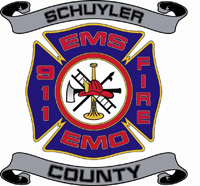 “We are pleased with the appellate court’s decision,”  Getman said.  “A ruling against the counties could have eliminated a critical public service from Schuyler County.”

Various Schuyler County agencies assisted in gathering information and providing evidence to support the counties’ case during the litigation, including:  Emergency Management Director William Kennedy, the County Administrator, the Clerk to the Legislature, the County Clerk, the County Treasurer, the Highway Department and Buildings and Grounds.

Hetrick has approximately thirty days to seek leave to appeal to the New York State Court of Appeals.