The Town Board of the Town of Ovid passed a resolution on Wednesday (August 8) calling on Seneca County government to develop a Nine-Element Plan to pinpoint sources of pollution and steps to preserve the water quality of Seneca and Cayuga lakes.

The resolution, authored by Town Attorney Steven Getman, calls on Seneca County Government to work with representatives of the Seneca Lake Pure Waters Association, the Finger Lakes Institute, the Cayuga Lake Association, the Cayuga Watershed Improvement Cooperative and other stakeholders in preparing an application for funding a Nine-Element Plan, and ultimately in preparing and implementing the plan.

“Consistent countywide efforts to protect the watersheds of the lakes are preferable to town-by-town measures which may be inconsistent and ineffective due to the geography of the county and the watersheds,” Getman explained. 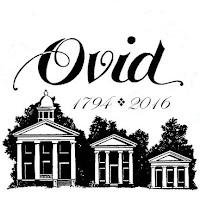 “Experience over the past decade has shown that effective watershed management includes active participation from stakeholders, analysis and quantification of the specific causes and sources of water quality problems, identification of measurable water quality goals, and implementation of specific actions needed to solve those problems.”

The resolution passed unanimously among the board members present. Voting for the measure were Supervisor Walt Prouty and board members Eric Holmberg and Joe Borst. Board members Mark Beardsley and Carrie Wheeler-Carmenatty were absent.

Following the vote, the board asked Town Clerk Michele Vangalio to forward a copy to the Seneca County Board of Supervisors.

A Nine-Element Watershed Management Plan is a clean water plan that details a community’s water quality concerns and a strategy to address these concerns. The plans are developed by people who live and work within the watershed with support from local and state agencies. The elements are intended to ensure that the contributing causes and sources of nonpoint source pollution are identified, that key stakeholders are involved in the planning process, and that restoration and protection strategies are identified that will address the water quality concerns.

The Seneca County Board of Supervisors previously considered a motion considering a nine-element plan for Seneca and Keuka Lakes. The Ovid resolution asks that Cayuga be included in any such efforts as well.

In July, reports surfaced that Cayuga Lake is being monitored for Harmful Algal Blooms (HAB's), a visually identifiable bacterium which is blue or green in color and slightly resembles wet paint. People are advised to steer clear of the toxic bacteria, which is especially harmful to elderly people, those with weaker immune systems, dogs, and other pets.

The Town of Ovid, located in the geographic center of Seneca County, is bordered on the west by Seneca Lake and on the east side by Cayuga Lake.

TOWN OF OVID: RESOLUTION SUPPORTING SENECA COUNTY GOVERNMENT PARTICIPATION IN THE DEVELOPMENT OF A NINE ELE... by Steven Getman on Scribd