Declaring that “our veterans represent the very best of America, having bravely answered the call to serve …and having earned the dignity that comes with ... defending our great nation’s values,” the Schuyler County Legislature has called on New York State to amend the Executive Law, in the relation to the cost of maintenance and operation of veterans’ service agencies. 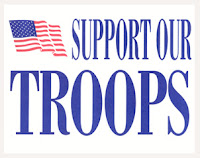 with assistance from the Clerk of the Legislature (Stacy Husted) and the County Attorney (Steven Getman) asks the state legislature to remove the fifty percent cap on total expenditures for maintenance and operation that can be reimbursed by the state. The resolution also supports increasing the maximum reimbursement allowable to each county, noting that the amount of funding currently provided by the State to local veterans’ service agencies is minimal.

The resolution was passed at the legislature’s May 14 meeting and directs that the Clerk of the Legislature forward certified copies of the Resolution to Governor Cuomo, Senator O’Mara, Assemblyman Palmesano, and all other appropriate state officials.

The Schuyler County Veterans Service Agency advocates on behalf of Schuyler County veterans and their families, as individuals and as a group, to ensure they receive benefits granted by law for service in the United States Armed Forces.