New York would have to pay the $372 million a year that counties are now spending to provide lawyers to poor defendants accused of crimes under a bill unanimously approved Thursday by the state Assembly. 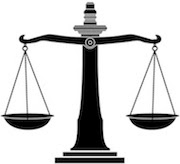 The bill now goes to the state Senate, where Sen. John DeFrancisco, the deputy majority leader, has said its passage is one of his top priorities this year.

Under the Assembly bill, the full cost of providing legal counsel to indigent defendants would gradually shift from the counties to the state over seven years, beginning in 2017. New York only partially reimburses counties for this cost now...

The bill would save counties huge amounts of money. Small counties like Cayuga County, in Central New York, are paying about $835,000 a year for indigent legal services. In Erie County, surrounding Buffalo, taxpayers are paying $11 million a year.