According to attorney Steven Getman he requested the records June 12 as part of his preparation for a Family Court case involving the child’s home life. As part of that preparation, Getman said, he learned about a suspected break-in at the child’s residence and sought Village Police records about the incident to determine its relevance to the case.

At the time he made the request, Getman said, he presented the police with a copy of an order from the Schuyler County Family Court. That order, Getman noted, directed any agency having information about the child to provide him with copies. Getman also cited the New York State Freedom of Information Law (FOIL) in his request. 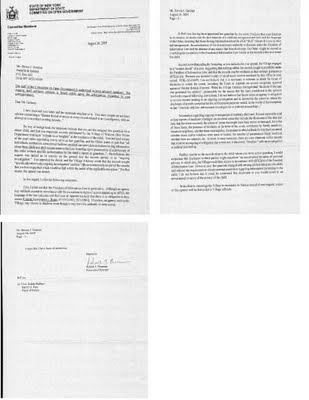 On June 29 police officials issued a decision refusing to release any records. According to the one-sentence decision the FOIL request was “Denied: Ongoing Investigation.” Later, in a July 16 letter, village officials again upheld the refusal, claiming that “no part of the records” Getman requested were available under FOIL.

Getman forwarded that letter, and his original applications, to the New York State Committee on Open Government and requested that it issue an advisory opinion on the Village’s refusal.

In a letter dated August 24, Robert Freeman, the committee’s Executive Director, encouraged the village to reconsider its actions. Noting that Getman, as attorney for the child, was acting as the child’s “law guardian,” Freeman opined that this appointment was “to ensure that the best interests of [the] child are … met.” He also noted that the Family Court order directing agencies to provide Getman with information about the child was “clear and unequivocal.”

“In an effort to encourage the Village to reconsider its blanket denial of your request, copies of this opinion will be forwarded to Village officials,” Freeman wrote.

As of August 28, Getman said he still hadn’t received any of the requested records. However, given the Committee’s advice, Getman hoped that the Village would respond and provide them shortly, or give a valid explanation as to why the records were withheld.

(UPDATE: On September 2, attorneys for the Village contacted Getman and stated that they were working with the Police Department to release the appropriate records.)
Posted by Steven Getman at 2:42 PM